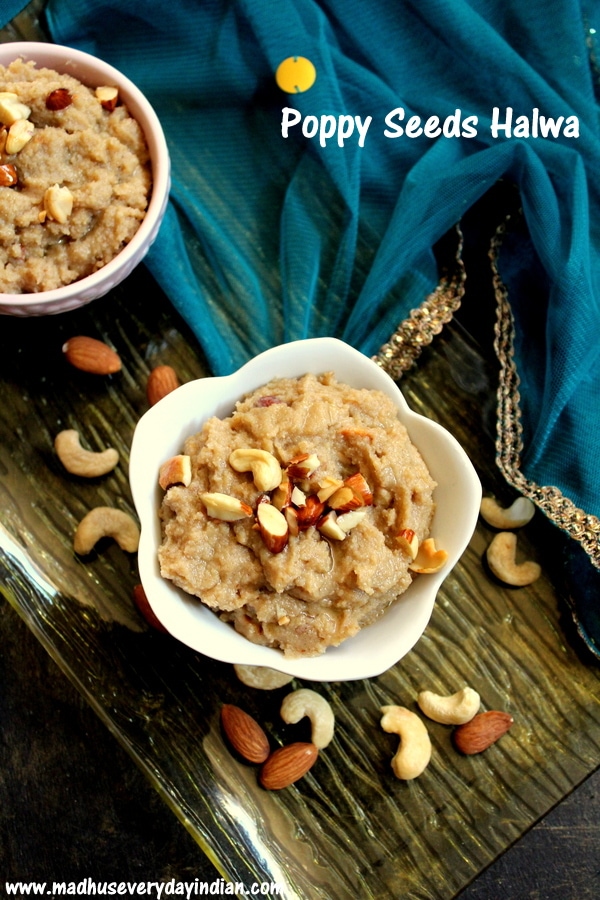 khas khas ka halwa recipe is a healthy and nutritious dessert made with poppy seeds. Its a very traditional Indian sweet made during winter season. khas khas ka halwa is made by cooking the powdered poppy seeds with sugar and milk. And desi ghee is added for flavor and some chopped nuts are added for crunch. I have skipped the green cardamom,  but you can add it if you prefer.

khas khas ka halwa is a very rich tasting sweet, but the procedure is quite easy to make. The texture of the halwa is quite similar to khoya and kalkand. Unlike the other halwas which are smooth, khus khus ka hlawa is more grainy in texture. Though we use very little ghee, its quite rich tasting sweet. The nutty taste of the khus khus will surely overwhelm your taste buds and will leave you asking for seconds.

Poppy seeds halwa may not be as popular when compared to other halwas. But there are few regions of India which make this halwa. In the north its popularly called as  khas khas ka halwa, khus khus jo seero and khuskhus halwa. In the south its called gasa gase halwa in Karnataka, gasagasalu halwa (in Andhra & Telangana).This halwa is also called Murshidabad style halwa, popular during the nawabs time.

khus khus ka halwa is generally made in the winter season in the north and is also given to the new mothers. It provides strength and vital nutrients to the mother and the baby. Poppy seeds contain iron and phosphorous, which are essential for bone maintenance.  Eating poppy seeds at night, helps to relax and aid in better sleep.

Poppy seeds Halwa is also a  traditional sweet from Karnataka, popularly called gasa gase halwa. Only recently I tried this halwa in my niece’s place. Her mom in law made this amazing halwa which I instantly fell in love with. The best part about this halwa is, it’s fairly a simple recipe which uses just four ingredients. one more popular recipe made of gasa gase in karnataka is gasa gase payasa.

Thanks aunty for sharing an amazing recipe!
In India, poppy seeds are mainly used in the curries and gravies. The ground poppy seed mixture helps thicken the curries. In the west poppy seeds are often seen in pastries, bagels, and scones.
Do check out my other halwa recipes – sooji halwa, sooji halwa with condensed milk, cracked wheat halwa.
In addition to the halwa recipes, please do take a look at some of my paysam recipes-
rice kheer, vermicelli kheer, chana dal and rice payasam.
If you are looking for video recipes, please do take a look at my  rice kheer recipe 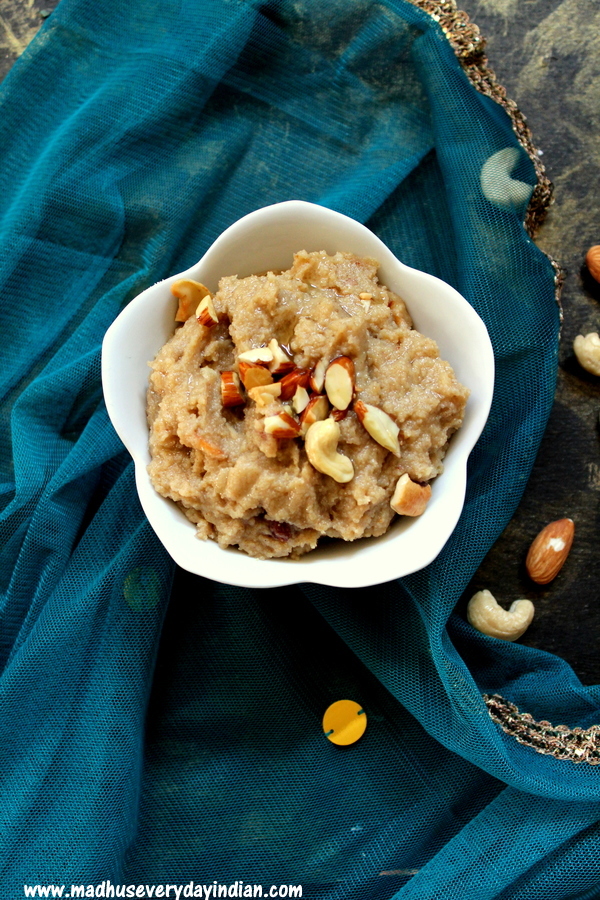 The halwa gets little thicker, once it cools. Store in the refrigerator for upto 10 days.