Indian Style Savory Waffles which can be enjoyed for breakfast, snack or as a main meal. Serve these tasty waffles with chutney or chili sauce and a hot cup of coffee.

Indian breakfast are mostly savory like Dosa, Idli, upma, pongal, paratha and many more. I have used many of these traditional recipes and made them to waffles. They are quick and easy and prefect for grab and go kind of breakfast.

These waffles make a great afterschool snack for kids.

The left over waffles can be store in the refrigerator for up to two days.

Enjoy these savory waffles with Peanut Tomato Chutney, Coconut Chutney, Onion Chutney and a up of hot coffee or Masala Chai.

I will be updating more waffle recipes in the near future. So stay tuned! 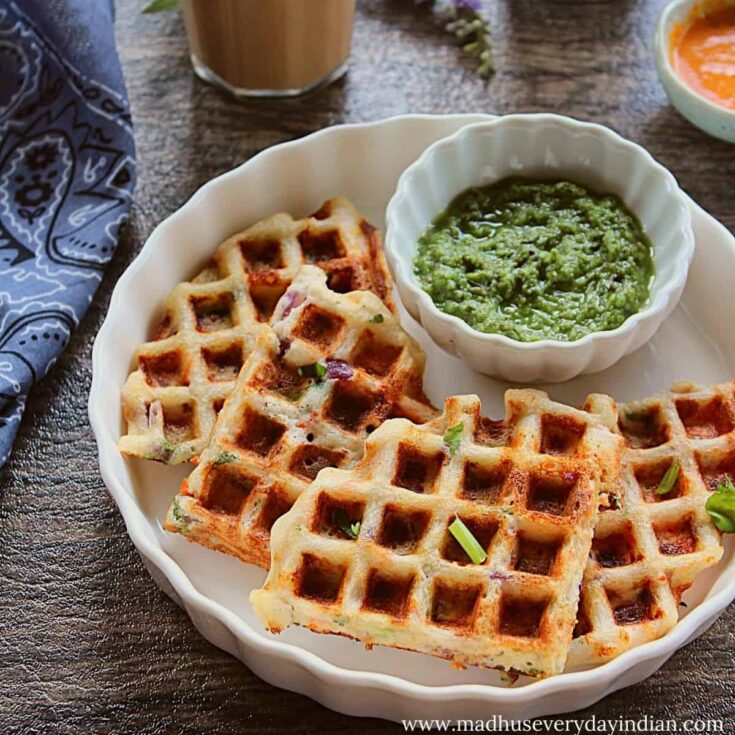 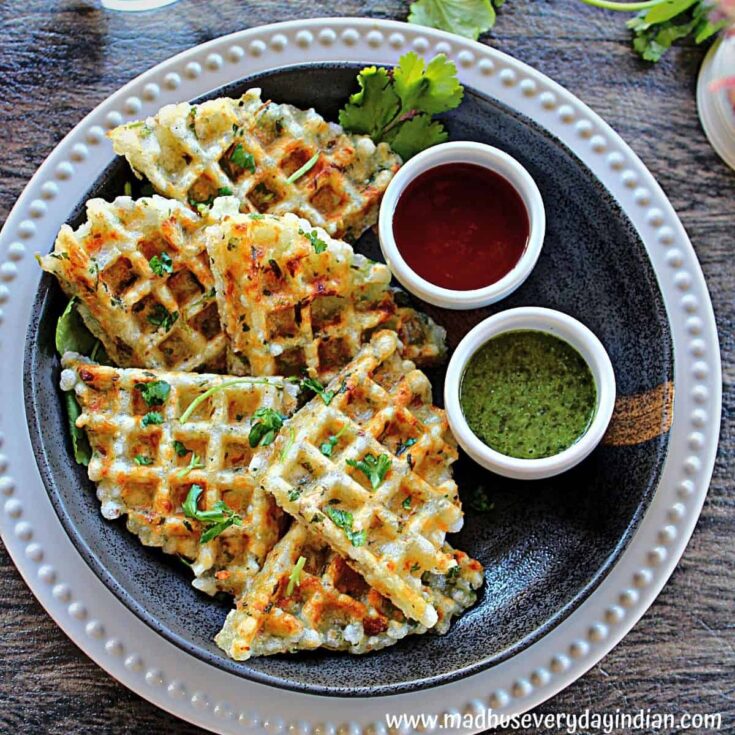 Indian style savory waffles made with Sabudana (tapioca pearls). Crispy on the outside and soft inside, these waffles are a great alternative to the traditional Sabudana vada and Sabudana khichd 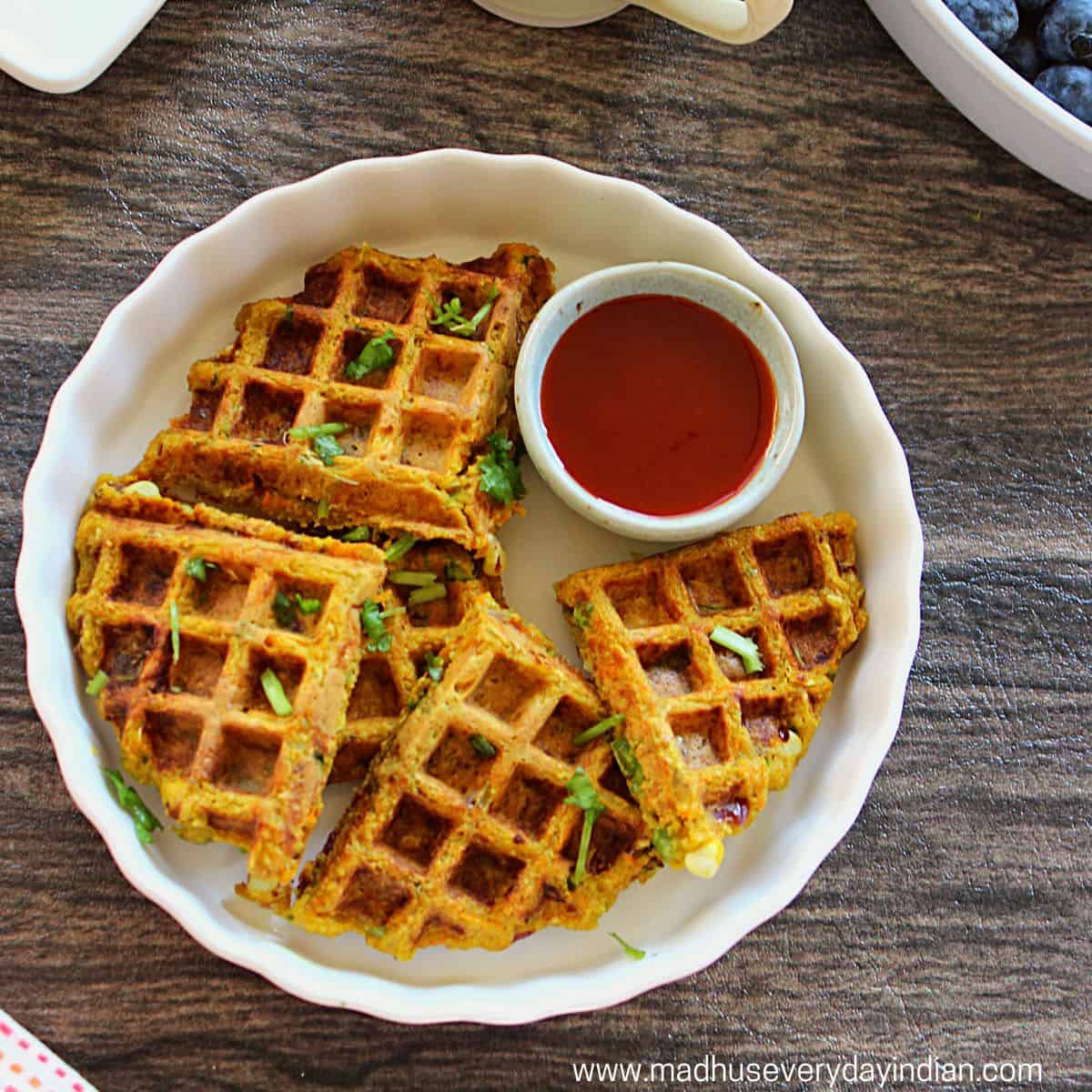 Savory Waffles made with oats, veggies and spices. Crispy on outside and soft and fluffy inside, these oats waffles make for a prefect breakfast or brunch recipe. 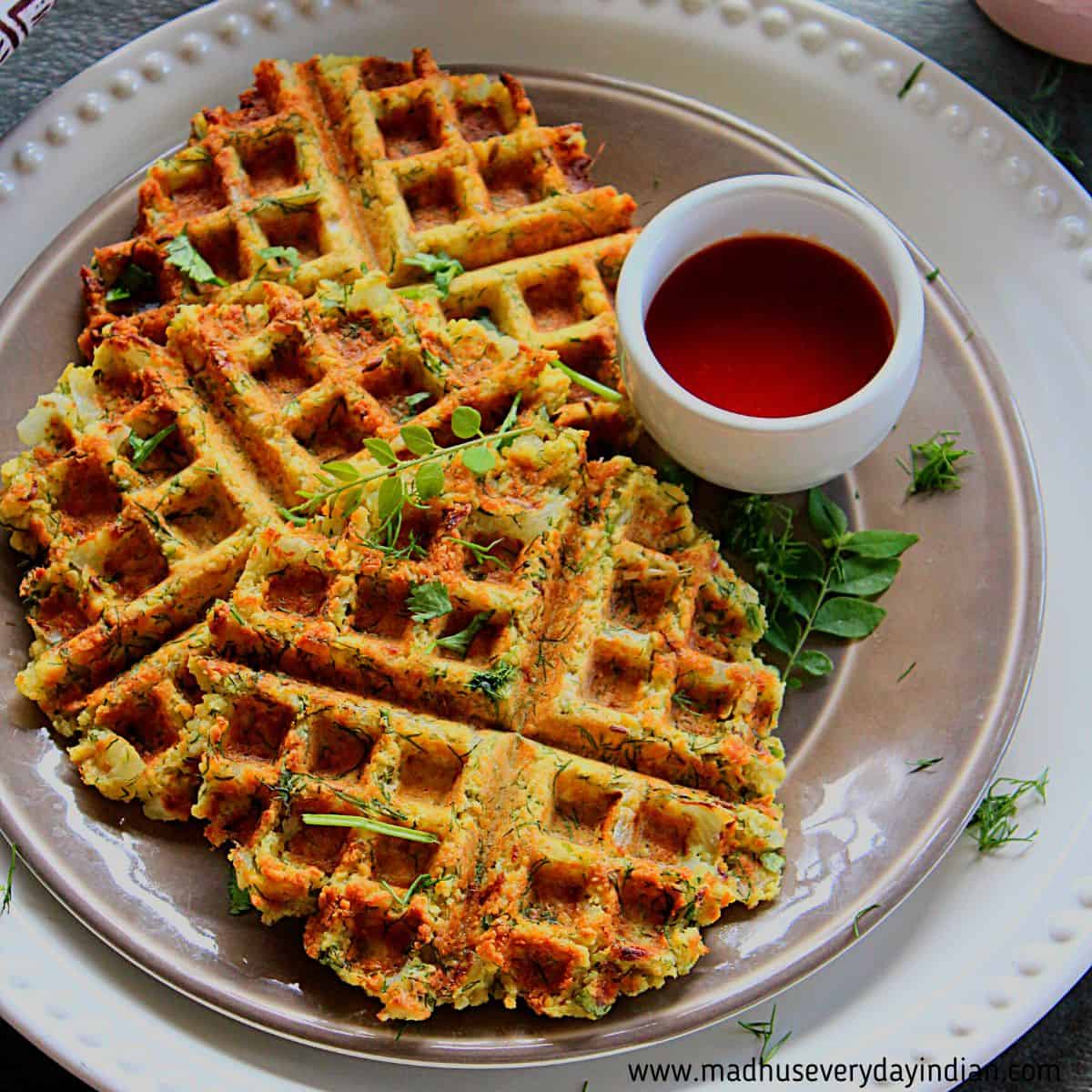 Masala Vada made in waffle form. Masala Vada is a popular South Indian tea time snack made with chana dal, spices, onion and herbs. This Vada Waffle is a perfect non fried snack to enjoy with chai. 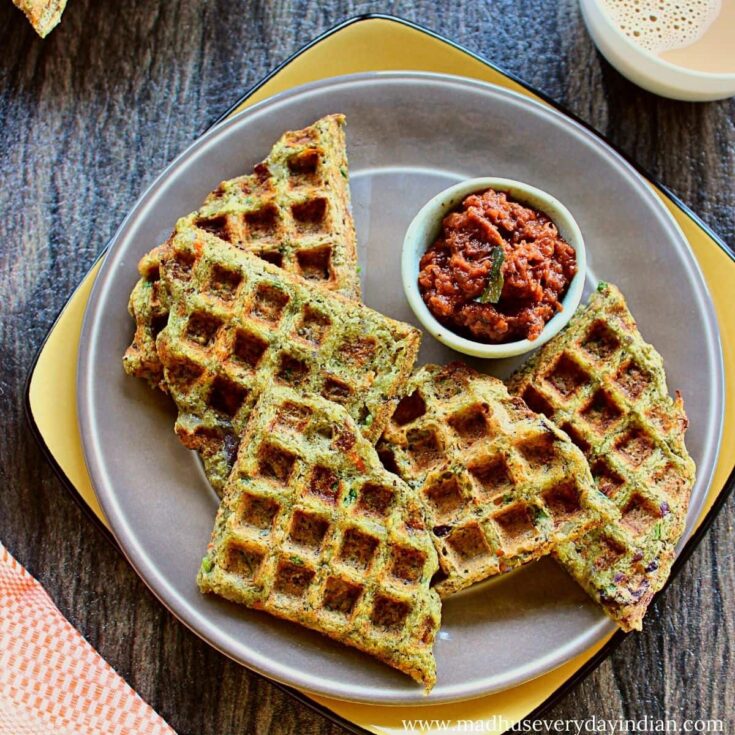 Savory Indian style waffles made with Green Moong Dal dosa batter. Healthy and protein packed, these waffles can be enjoyed for breakfast, brunch or snack. 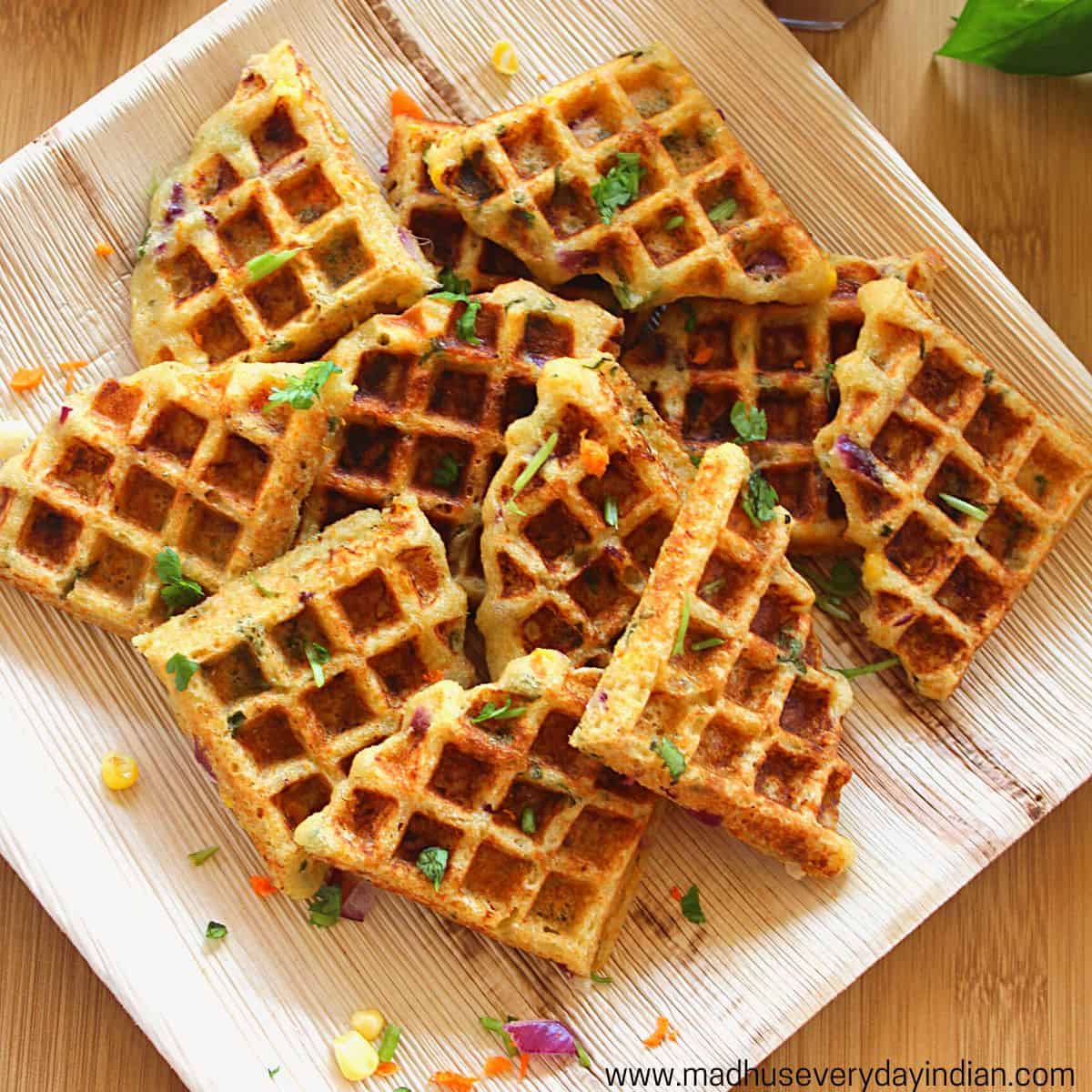 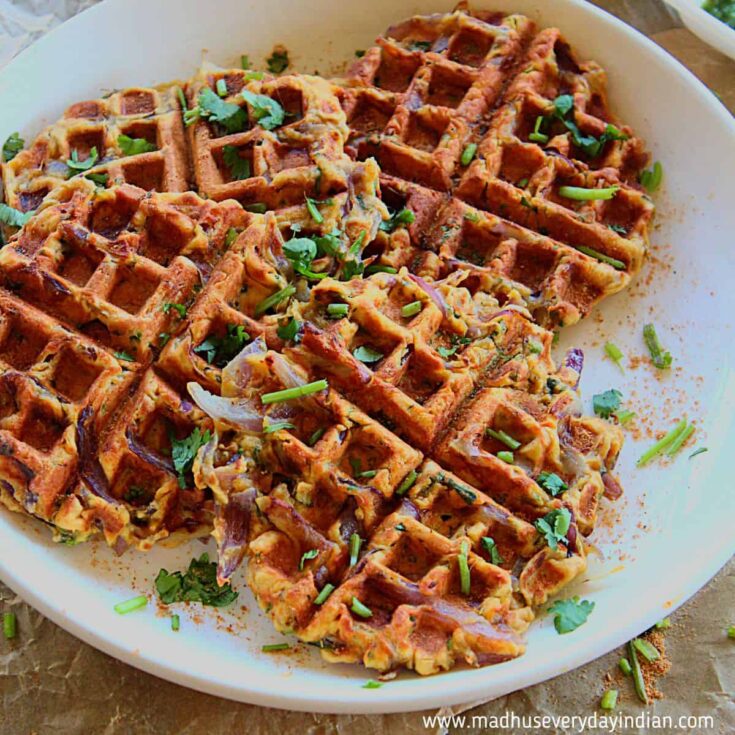 Onion pakora made in waffle form. Enjoy this non fried version of the famous Indian street food for breakfast or snack. Vegan and Gluten free too!